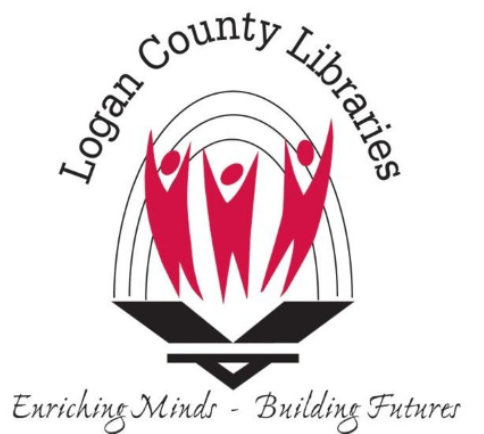 1901 – Group of earnest citizens of Bellefontaine were organized into the Board of Managers of the Bellefontaine Free Public Library. First library opened in the H. H. Good Building. Miss Lydia Canby, to whom goes the credit for organizing the Board of Managers donated a number of books to start the venture. Library Managers were forbidden to raise money by taxation therefore the group held ice cream socials and programs of dramatic and musical nature to raise the funds to maintain the library. Circulation during October was 1,503 with 764 cardholders and 1,009 persons visited the library.

1902 – A letter from Andrew Carnegie promising a sum of money for construction and furnishings of a library building was promised providing the Board could raise ten percent of the amount of the grant to maintain the library building.

1903 – Library Board of Managers tendered control of the library to the Bellefontaine Board of Education. A tax levy of .5 of a mill was carried with the school levy to finance the library until 1937. The amount of the revenue was $1,400 per year when it was first instituted.

1904 – Library was moved into two rooms on the first floor of the telephone building.

1905 – Library was moved into the new Carnegie building which was constructed for a bid of $11,720 after receiving a grant of $14,000 from Mr. Carnegie. Balance of $35.73 remained in the treasury after construction. Due to lack of funds for maintenance the library was closed for two periods of several weeks.

1932 – In September the library was closed and reopened in December.

1933 – In April the Library was closed again and reopened in September.

1937 – State code was revised, libraries became eligible for State Aid from the intangible tax. The library received about $13,000 per year from this source which is apportioned by the County Budget Commission composed of the county auditor, treasurer and prosecuting attorney.

1939 – Branches were opened in DeGraff, West Liberty and West Mansfield.

1948 – Became the Logan County District Library and library trustees were appointed by the Common Pleas Judge and the County Commissioners for a term of seven years. Statistics for library: 15,000 volumes; $13,956.00 in treasury and 28,512 people served.

1949 – Rushsylvania Branch was opened was opened for service to the community. Board adopted branch library policies.

1952 – Another branch at East Liberty was opened.

1954 – Station wagon automobile was purchased for delivery of books to and from the branches. Circulation topped 100,000 mark for the first time.

1957 – Lakeview Branch was opened for service to the community. Gaylord Charging System went into effect.

1959 – A bookmobile was purchased through a grant from the Ohio State Library and services were offered countywide. Board of Trustees accepted Trusteeship of the Susie Parker Scholarship Memorial Fund.

1961 – First Story Hour session once a week for ages five to eight was offered with fifty children attending the first meeting. Circulation rose to 200,922.

1963 – Library board purchased the Wylie property located to the south of the library for $14,000 through a bank loan with three and one-half percent interest rate.

1971 – Joined the Western Ohio Regional Library Development System. Purchased the Traul property located to the east of the library for $15,000.

1973 – Hired a children’s librarian. Open house was held to give public a chance to view the remodeling and opening of the children’s department located in the basement area.

1977 – Library plans to add an addition to the present Carnegie building and an architect was hired. Logan County Commissioner granted the library $150,000 from the William Kauffman for the addition   ; said monies paid form the General Revenue Sharing Code 2-13. $15,000 for furniture was realized via public donations.

1980 – Homebound delivery service was offered to people who cannot get to the library.

1988 – Circulation topped the 300,000 mark. Board of Trustees hired a building consultant to develop a library service plan and building program. Trustees are exploring the possibilities of building an addition to the library.

1989 – A parking lot east of the Library was purchased from Colonial Federal to provide thirty additional spaces.

1991 – Purchased land in the 220 block of North Main Street to build a new main library facility. The Carnegie building was sold to the Logan County Commissioners to be used for county offices. Applied for a LSCA Title II Grant and was not successful. Hired the architectural firm of Feytag & Associates to design the new main facility. West Liberty Branch set a circulation record for the year – 20,200 items. The annual circulation was over 355,000 – an increase of 6.75 percent over 1990.

1992 – The main library broke a circulation record in the month of February with 25,893 items recorded. The public reference computer was updated to include Compton’s Multimedia Electronic Encyclopedia in conjunction with PC USA, PC Globe, Electronic PDR, Time Magazine, Grolier’s Electronic Encyclopedia and Automap. Applied again for the LSCA Title II grant and was awarded $281,778.00 to go towards construction cost for new facility. LLGSF Funds frozen for a two-year period.

1993 – Set a one-day’s circulation of 2,000. Broke ground for the new main facility at 220 North Main Street. Mr. A. E. Knowlton donated $400,000 in memory of his parents to the Logan County District Library Foundation to help construct the new main library. The main library building will be known as the Knowlton Library.

1994 – The main library moved into the new 17,500 square foot facility in November located at 220 North Main Street. The library was closed for one month for the move. Special areas include the Acusport Community Room, a computer lab, quite study/typing room, group study room, local history room and a storytime room. Family and Craft Nights began along with Family Entertainment programs.

1995 – The main library operated from the new Knowlton Library for the first full year. 4,157 titles and 6,259 volumes were added to the book collection during the year. The main library showed a gain of 17,253 items over 1994 and an overall gain of 11,236 for the system was reported. Circulation statistics showed an increased of 25% over ten years ago. The computer lab was popular with 2,115 users and 1,347 patrons used the local history room. The in-house reference was the largest ever with 26,571 question asked. The Children’s center gave 431 programs throughout the year with 13,218 attendance overall.

1998 – The Library card catalog was replaced with an online computerized database (SIRSI) of the library’s collection.

1999 – The Library website (www.loganco.lib.oh.us) allows patrons to access the online catalog from the convenience of their home computer through the Internet. The main library’s circulation was computerized.

2001 – Celebrated 100th anniversary, 1901-2001. Recipient of a grant for computers from the Bill & Melinda Gates Foundation valued over $50,000. Remodeled the Rushsylvania Branch.  A record circulation, 22,811 items, was set for the Summer Reading Program.

2003 – Web browser, iBistro, was added to SIRSI. DVDs were added to the collection. A Magnifier was donated by the Lions Club of Logan County in honor of Richard Pettit a former deputy district governor for the Lions Club.    Fax service was added to the branch libraries. Began patron classes, Technology Tuesdays. Computer and scanner was added in the Genealogy/Local History room at the main library. Celebrated Ohio Bicentennial

2008 - Effective January 2008 the LLGSF is funded through 2.22% of the state’s general tax revenue. The new funding source broadens the base of library funding to all General Revenue tax revenues, not just personal income tax.  Won 1st Place Award for the OLC  Northwest Chapter Conference for outstanding programming “Give A Shout” for “Where in Logan County is Rita Book?.”  Added  fifteen laptops for a  wireless laptop learning lab for staff and patron usage.

2009 – Began distributing baby packets titled "Raise a Reader” to all babies born at Mary Rutan Hospital throughout the year.  Mrs. Nancy Kuta, Children’s Librarian, retired on April 30 with 31 years of service.  The Board of Trustees named the storytime room in her honor - “Mrs. Nancy’s Storytime Room."  Judith Headings, Young Adult Librarian, also retired with 26 years of service to the library system.  Due to the decline in library funding, the Board of Trustees enacted a hiring freeze , 25% reduction of hours open at branch libraries and 12% reduction of hours open at the main library.  The Public Library Fund was reduced from 2.22% to 1.97%.

2012 - Due to decreased funding, the East Liberty Branch was closed & services were merged with the West Mansfield Branch location. Touch screen Early Literacy Stations were installed at the Knowlton Library through a donation from the Library Foundation. This also included ELF Reading & Reference (a free child safe web browser for kids ages 2-10), Speakaboos (digital storybooks) & Encyclopedia Britannica for Kids. The Logan County Libraries joined the SEO Consortium (Serving Every Ohioan) after receiving an LSTA grant for $21,664.00 through the State Library of Ohio. The AcuSport Community Room was remodeled with a generous donation of $10,000.00 from the AcuSport Corporation & Loren M. Berry Foundation. Remodeled the Lakeview Branch & installed new shelving in the children's area through donations from an Eagle Scout project by Noah Brandt.

2014 - Digital magazines were added to the library collection with Zinio. An unfortunate water line break at the Knowlton Library during a very cold, windy winter caused flooding in the computer lab & local history room closing the library four days for repairs.  A mobile app called Bookmyne was made available for patrons to utilize our catalog & access their library accounts on the go.  The boilers & pumps at the Knowlton Library were replaced as well as outside lighting fixtures to receive energy savings & rebates.

2015 - The air conditioner unit was replaced at the Main Library. The Logan County Memories was added to online access.  A Twitter account was established for the Library system.

2016 - Chromebooks were purchased to replace the public laptop lab.  As a result of the “Restore the PLF” campaign, the Ohio General Assembly decided to restore some funding to the Public Library Fund. The legislature temporarily increased the PLF from 1.66% to 1.7% for the Fiscal Year 2016-2017.

2017 - Enterprise enhancements were added to the online catalog.

2018 - The Ohio General Assembly voted to minimize the originally proposed reduction in the Public Library Fund and temporarily set it at 1.68% of the General Revenue Fund for Fiscal Year 2018-2019.  A Memorandum of Understanding was formed with the Logan County Department of Job & Family Services Ohio Means Jobs and the Local Area & Workforce Development Board to share communication and coordination of respective services to enhance the quality and quantity of employment and training resources and services to job seekers, unemployed, and under-employed individuals.  First FaceBook Live events!  Very successful open house for the Hispanic Community with over 65 attending along with coordinating a 12 week English classes for the group.